THIS EVENT IS NOW CLOSED 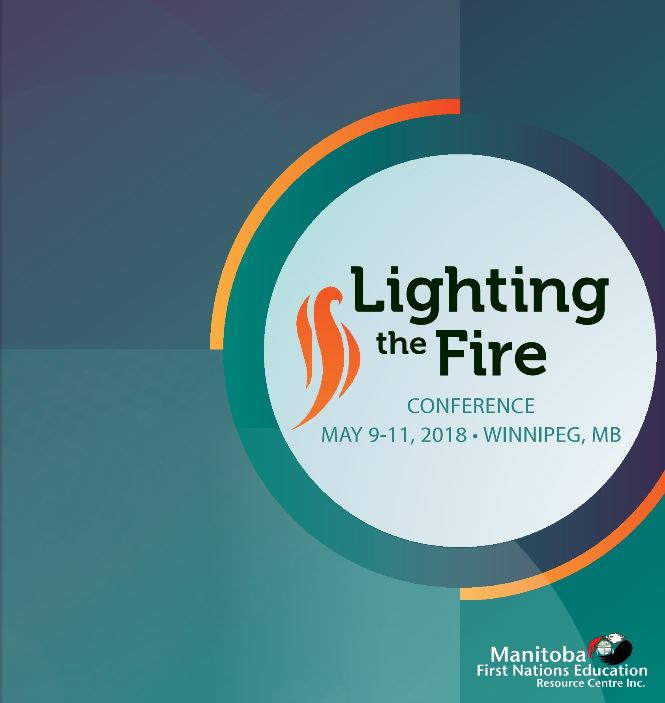 Now in its 19th year of operation, the Manitoba First Nations Education Resource Centre is proud to acknowledge Manitoba’s First Nations operated schools by celebrating their accomplishments. First Nations educational and political leadership recognize that the knowledge and culture entrenched in community history and practice has to be what paves the way to ensuring that schools and students thrive. Unity and collaborative efforts are what have produced ground breaking initiatives, resources and curricula. Without the foundation of the Dakota, Ojibwe, Cree, Ojibwe-Cree and Dene languages, cultures and traditions, this would not have been possible. Many of the First Nations have moved beyond reconciliation by embracing their rich heritage to ensure healthy and culturally based learning environments. In the past year, there has been the creation of a Manitoba First Nations School System. It is a winning outcome of the concerted efforts of schools and community leadership working hand in hand.

This year’s Lighting the Fire will showcase workshops that exemplify the reclamation of language, culture and traditions and how they are manifested in school projects, initiatives, curricula and school planning. The First Nations school system will be highlighted featuring the schools involved and what this has meant in all areas related to the educational operations of the community.

Check out the LTF Conference Package by clicking this link. 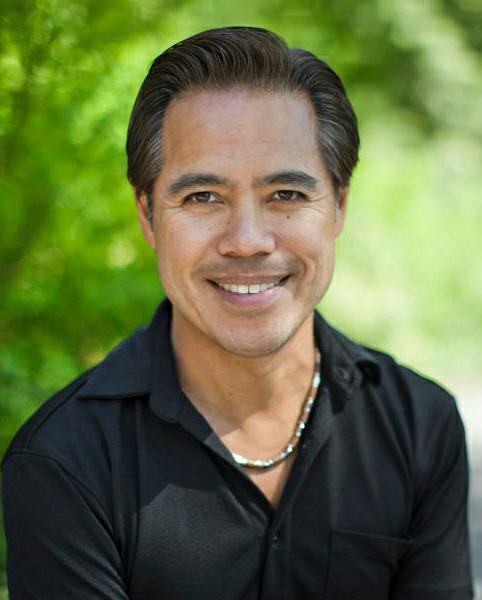 Evan Tlesla II Adams is a Coast Salish physician and actor from Tla’amin Nation near Powell River, BC, Canada.

Evan is a full-scholarship alumnus of St. Michaels University School and of Lester B. Pearson College of the Pacific of Victoria, BC. He stars in the Emmy-winning TV-movie “Lost in the Barrens” and its nominated sequel “Curse of the Viking Grave”. Besides numerous episodics like “The Beachcombers” and “Black Stallion”, he also appears in the feature film “Toby McTeague” and the Fox-TV movie “Lakota Moon”. On the stage, some of his highlights include the role of Edmund in Women in View’s “Lear”, Creature Nataways in the Arts Club Theatre’s production of Dry Lips Oughta Move to Kapuskasing, and Jamie in Headlines Theatre’s “Mamu.”

Evan stars as Thomas Builds-The-Fire in ShadowCatcher Entertainment’s SMOKE SIGNALS, written by Sherman Alexie and directed by Chris Eyre. SMOKE SIGNALS won the coveted Audience Award for best film and the Filmmakers Trophy at the Sundance Film Festival in 1998. He also won Best Actor awards from the American Indian Film Festival, and from First Americans in the Arts, and a 1999 Independent Spirit Award for ‘Best Debut Performance’. He has been a regular on the CBC TV-series DA VINCI’S CITY HALL and APTN’s RAVEN TALES. He won a 2011 Gemini Award for co-hosting the National Aboriginal Achievement Awards along with Adam Beach.

Aside from his career in the arts, Evan has completed 3 years of pre-med studies at the University of British Columbia (UBC), a Medical Doctorate from the University of Calgary in 2002, and a Family Practice residency (as Chief Resident) in the Aboriginal Family Practice program at St. Paul’s Hospital in Vancouver, BC. He is the 2005 winner of the (provincial) Family Medicine Resident Leadership Award from the College of Family Physicians of Canada (CFPC), and the 2005 national winner of the Murray Stalker Award from the CFPC Research and Education Foundation. Dr. Adams has a Masters of Public Health (2009) from Johns Hopkins University in Baltimore, MD. He is the past-President of the Indigenous Physicians Association of Canada and is the past Director of the Division of Aboriginal Peoples’ Health, UBC Faculty of Medicine. He was the first-ever Aboriginal Health Physician Advisor in the Office of the Provincial Health Officer, BC Ministry of Health and with the (BC) First Nations Health Council (2007-2012). He was a Board Member of the Canadian Partnership Against Cancer 2011-14 and the Deputy Provincial Health Officer for the province of BC from 2012 to 2014. He is currently the Chief Medical Officer of the First Nations Health Authority, and a Board member of the Michael Smith Foundation for Health Research. 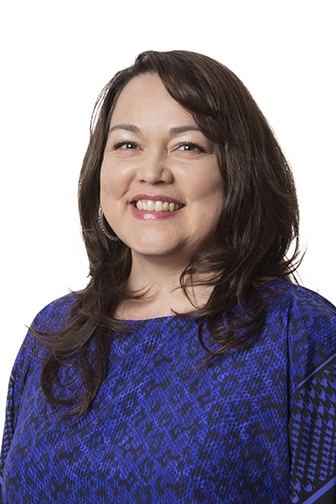 Dr. Trudy Cardinal is a Cree/Metis educator from Northern Alberta. She is currently an assistant professor in the Elementary Education department of the University of Alberta. As a former Elementary School teacher of 13 years, a mother, a grandmother, an aunty, and an Indigenous scholar she is dedicated to continuing to deepen understanding of the educational experiences of First Nations, Metis & Inuit children, youth and families. Her current research is an inquiry into former teacher education students’ thinking in regards to the possibilities relational pedagogies and Indigenous ways of being and knowing create for shifting how schooling attends to literacy, particularly literacy in an Indigenous context.

At this year’s Lighting the Fire, we will be having featured speakers during the RED TALK event. Join us as it begins May 11th in the Centennial Ballroom beginning at 12:15 pm with MC Shaneen Robinson. 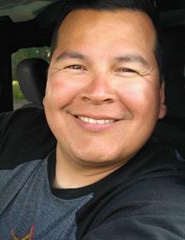 Simon Bird comes from the Peter Ballantyne Cree Nation and was raised in the community of Southend, Reindeer Lake: home to the Rock Cree. He is the proud father of two children; Sabriya and Kiyanaw with wife Naomi Thunderchild-Bird. Simon is a very proud fluent Cree speaker and wakes up Monday to Friday at 6am to get ready to teach anyone that joins his Face Book Live classes. #CreeSimonSays has over 11,500 members and continues to steadily grow as more people use technology to connect, learn or simply laugh at posts that celebrate the social culture of the Cree nation. He was raised to be an avid hunter, fishermen and taught the essential skills necessary to thrive in his people’s traditional ways.

Currently, Simon is the Education Director for the Lac La Ronge Indian Band with a student population of 1600 students in 4 schools in 3 communities. It is here where is able to once again return to Northern Saskatchewan, but also focus more on his second passion; Cree language revitalization and retention. It has been through his use of technology that has helped many people learn and re-connect to their Cree language. Technology continues to shrink teacher to student in various ways. The future looks very bright when you have forward thinkers that utilize the skills they pick up through unique programs like the Masters of Northern Governance and Development. 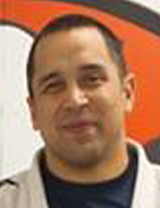 Jason Bone is from Giizhigoowining in Treaty Two Territory, AKA Keeseekoowenin First Nation. Jason is married and father to two children, and, currently a PhD Student in the department of Native Studies at U of M under the academic advise of Niigaanwewidam James Sinclair. Jason’s Master degree thesis is titled Baagak Aadisookewin: Legends of history and memory. Jason PhD topic is what Anishinaabe-Ojibway stories about Sasquatch and UFO’s can tell us about human history. Anishinaabe-Ojibway literatures, race theory, and politics of recognition are some additional research topics of interest. Jason is also a brown belt instructor in the Behring Manitoba self defense and progressive jiu-jitsu system, with seven years of professional hockey experience. 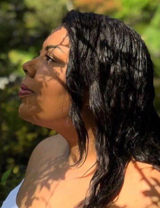 Tasha Spillett draws her strength from both her Nehiyaw & Trinidadian bloodlines. She is a celebrated educator, poet and emerging scholar, but is most heart-tied to contributing to community lead work that centers land and water defence, and the protection of Indigenous women and girls.

Tasha is currently working on her PhD in Education through the University of Saskatchewan, where she holds a Vanier Canada Award. In her work as a doctoral student, she is weaving in her cultural identity, and commitment to community to produce a body of research that echoes Indigenous women’s demands for justice for Missing and Murdered Indigenous Women, Girls and Two-Spirit People, and is a continuation of the resistance against the assault of colonialism that she has inherited.

Travel
All travel arrangements are the responsibility of the individual. Clement Travel is the official travel agent for the Manitoba First Nations Education Resource Centre (MFNERC). For assistance in planning your travel needs, please contact Clement Travel at (204) 985-5290.

Health and Safety
The MFNERC assumes no responsibility for any injury, theft, or personal liabilities. First Aid and emergency services will be available on location. The Lighting the Fire conference is an alcohol and drug free event (excluding any alcohol sold by host hotel at the restaurant and banquet).